HISTORY OF THE
OTTAWA VALLEY HUNT

According to the records of the Masters of Foxhounds Association of America, the Ottawa Hunt (now called the Ottawa Valley Hunt) is one of the oldest foxhunting organizations in North America.

The Earl of Dufferin, who had come to Canada in 1872 as the Governor General of Canada, founded the Ottawa Hunt in 1873. The pack at the Ottawa Hunt’s beginning consisted of 12 couples of imported English hounds secured through the agency of Lord Dufferin. 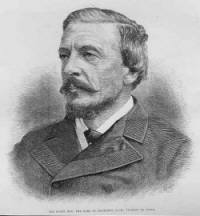 For its first decade, the Ottawa Hunt was a thriving organization, no doubt a result of the regular participation of Lord Dufferin in hunts and race meetings sponsored by the Hunt. However, by 1885, the hunt was disbanded as a result of the economic recession in the early 1880s and the lack of interest by Dufferin’s successor, the Marquis of Lorne.

Happily in 1906, Dr. R.E. Webster enthusiastically revived the hunt and soon regular meets and steeplechases took place. As Dr. R. E. Webster was the master of the hunt in 1907, he organized the purchase of a farm on Bowesville Road. The property eventually became that of the Ottawa Hunt and Golf Club on Hunt Club Road. In 1909, Lord Grey build and opened a clubhouse. Dr. Webster’s granddaughter, Barbara Webster-Taylor of Maitland, Ontario was an active supporter of the hunt until her death in 2001.

Up until 1915, when the hunt became inactive because of the First World War, regular meets, horse shows and steeplechases were held instead. Challenge Cups presented by Lord Grey and later the Duke of Connaught were competed for by teams from the Montreal Hunt, the Toronto Hunt, the Royal Canadian Horse Artillery and the Ottawa Hunt. About that time, Sir Clifford Sifton, president of the Hunt, infused new life into the pack by importing a large number of hounds from England.

During the war and until the end of the early 1920s, the hunt board maintained the financial obligations of the property. A new organization then emerged interested in motorcars and golf but not horses. A golf course was built on the Bowesville Road property and golf became the mainstay of the club.

In 1930, a drag hunt was organized by some of the original hunt members. It was located near the village of Billings Bridge, south of Ottawa, and Dr. George Hooper became master of the hunt. Hounds were obtained from the Toronto and Montreal Hunts. In 1933, the hunt moved across the Ottawa River to Aylmer, Quebec, and the mastership was taken over by Major General Sir James MacBrien, Commissioner of the Royal Canadian Mounted Police. The kennels were established at the Mayburry farm and drag hunting has been carried on since then, under the name Ottawa Valley Hunt.

Activities were interrupted in 1940 with the outbreak of the Second World War and were revived shortly after in 1947. A pack of American foxhounds was kenneled in Rockcliffe under the aegis of Major General C. C. Mann, who acted as honorary huntsman. Joint masters were Captain Mayburry and Mrs. Mann. In 1948, when the Manns left Ottawa, the pack returned to Aylmer.

In 1965, a farm, including a permanent kennel and a house for the huntsman, was purchased in Dunrobin, Ontario. Hounds were moved to the new farm in Dunrobin the following year. The joint masters were Keith McKeown and J. T. H. [Ted] Leggett. In 1967, Ted and D. W. [Bill] Irving were elected joint masters, and continued as such until 1971 when they were joined by a third joint master, J. Earl Lacharity. In 1972, on the resignation of Ted and Bill, Earl was elected master of the hunt and held that position until his death in 1994.

In 1976, the hunt moved to its present home in Aston, Ontario, where a new clubhouse and kennels were constructed. June Lacharity was appointed joint master in 1991 and continued as master of the hunt until her death in 1997. Under June’s guidance, a pack of mainly English hounds was developed.

About
Riding as a guest
Membership